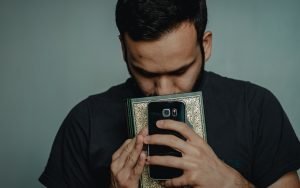 By Doug Stern and Lori Mendelsohn

LM: I agree, but, aren’t you always tempted to ask why? What happened?

What I’m tempted to do is add, have MERCY on yourself…it’s not about you or something you said or did.  But frankly, on the other hand, it might be.  None of us are perfect, are we?  In which case, there are several paths you can take.

But none of these postmortems are likely to reveal much that’s reliable.  That’s because there are just too many imponderables, such as whether the other person thinks Available means the same thing that Available means to you.  You’ll NEVER know for sure.

LM: I always act with kindness. If someone isn’t the right fit for you, I believe it’s only fair to tell them. Why? It releases them from hope and future pain, and allows the energy to shift to attracting someone who WILL answer those texts.

DS:  You’re sweet…and WOKE.  Alas, not all of us are.  And, I think you’ve changed the subject…which is your right, since it’s your blog!  If I discover that I’m not right for someone, I’ll put that out there…considerately.  Life’s too short…for both of us.  It’s time to move on to someone or something that gives me more joy.

But we were talking about ignored texts, weren’t we?  When someone goes on the DL with me and becomes non-responsive, I am likely to say, “It seems that the bloom is off the rose. I hope you find the right man for you.  I’m not that man.”

LM:  Let’s get back to the texting. I think it’s important to clarify WHEN in the romance it started-is it a third back and forth or three months of knowing/dating/opening your heart to that person? All roads, in my opinion lead to they are doing you a favor by ignoring but for Crissake….be a mensch.

DS:  I’m not disagreeing.  Yes, be polite.  But I’m not sure what good it does to tease apart the Why or the When or the anything else.  These don’t matter.  True, ignored texts might be part of a pattern.  There may be other signals.  But when it’s over, it’s over.  You may be overthinking this, Lori.

Why torture yourself by re-litigating a relationship that ends with the whimper of an ignored text?  It would be different if the ignored text were part of a long-term, full-on, intimate relationship.  If that’s the case, then talk to your therapist.  But we’re talking about dating, aren’t we?

LM: Doug! All women overthink things! (Air Raid Siren in the background) We need to constantly remind ourselves to stay in the moment and not project our insecurities, pick apart every.single.sentence or self blame. Men are more simple. She doesn’t answer-F her. Women go over every thought, sentence and action (IF they like the man) leading to what was said. AND-we get our tribe involved with this too because maybe there is a tidbit that we may have missed! With therapy, though, we learn NOT to do that, but most women DO that. I just say “he’s making space for the right one to come along.”

DS:  That’s a good place to leave this.  Feels like it’s over.