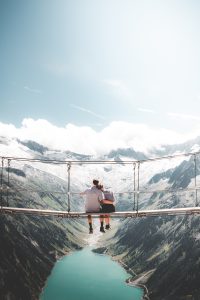 What Do Men Want?

The “He Says, She Says” Blog you’ve been waiting for is written by Doug Stern, professional writer, and Lori Mendelsohn, professional matchmaker. The two of us met on Bumble and thought we’d give co-writing a go!

First things, first.  My disclaimer:  I won’t speak for men.

Nevertheless, I’ve been a man all my life and I’ve known lots of men.  So, I have a pretty good idea or two about what it is about a woman that might appeal to a man.  And, I have lots of projections about what I want that I assume other men want that may or may not fit with that other fellow.

OK, seriously.  In a word, it’s fair to say that men want partnership in intimate relationships.

I’ll give you an example.  Let’s say that I realize that I’m into you, a woman.  (Sometimes that happens quickly, sometimes slowly.)  Anyway, if you and I have a thing or are going to have a thing, it’s going to depend on reciprocity (or on lots of therapy).  We’re going to have to be into one another ­­ honestly into one another ­­ for us to have something sustainable.  No pretending.  No acting as if.

That will look all kinds of ways.  Simply put, I lean in to you, you lean in to me, repeat.

That doesn’t necessarily mean men and women have to be mirrors of one another in order to be mutually attractive or to have sustainable relationships.  Or, maybe it does, since it’s impossible to accurately and dependably generalize.  It all depends on the man.  In fact, some men might actually choose (consciously or not) to sign up for being miserable…in their jobs, in their relationships, and so on.

Every man has an image of The Ideal Woman embedded somewhere in his DNA.  Or, in his bones and balls.  Or, in his lizard brain.  For some of us, that image is wrapped in a string of pearls and Proust.  For others, it’s packed into sweats, a hoodie and Real Housewives of New Jersey.

But it all boils down to this:  Meet me where I am.

Doug can be reached at: https://www.linkedin.com/in/dougsternwriter/

When I’m asked what it is that men want, it’s easy to generalize and robotically say “XYZ!” (Most people think I’ll say “big boobs, a nice rear end, great sense of humor and money)

However, we all know that each human is different with a different set of needs and wants. To blatantly give a broad-brush stroke answer doesn’t honor either sex, and frankly, wrong. As a professional matchmaker, it’s my job to help women and men understand each other on a deeper level.

Here are some observations, based on importance of what men have told me:

Communication is key. Be direct. Don’t assume. Leave room in your heart for the right person. And of course, love like there is no tomorrow-because nothing is a given.

Lori Mendelsohn, Matchmaker and Dating Coach. Lori can be reached at www.smartfunnysingle.com