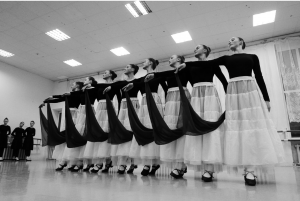 I’m in the dating thick of things along with my clients. I am experiencing the very same things they are going through, and that makes me a great coach because I fully understand their mindset and do I dare say, “Struggle?”

Yesterday I had a conversation with a man who seemed interesting. He wanted to jump on a call right away and I accepted because I liked how he took the proverbial bull by the horns and planned it. I like it when men lead, and I was interested enough in his profile to skip the steps I normally do just to get going. (and he chose me versus my reaching out first)

The first few minutes were chit chat and then the questioning began. He started telling me about his life, his career, his passions and what made him who he is today. He asked the same of me. After I shared, the response was so flat that it almost “felt” like he was doing something else while I was speaking, but I cut him some slack for the greater good. I realized, that in the passion for this man’s work, that there most likely wasn’t a whole lot of room for a woman to come on and made a mental note about it.

He then asked me what I was looking for. Now, mind you when I speak about this, I am extremely inclusive. I know relationships are built on two people, a willingness to be open and a collaboration, as well as an ease of flow and synchronicity. I then asked him the same question and he started telling me how he sensed it wasn’t a good fit because he has a big career, a big passion and a big (may I say it?) EGO. I literally felt myself shrinking because I reverted to days gone by where I wanted so badly to be loved that I would morph and change into what someone needed me to be. And I felt this coming on again and it made me literally ill.

To make matters worse, he then started the trajectory of intimacy. I love intimacy as much as the next person, but in his way of SPEED DATING on STEROIDS it was too much too soon and given the context of where we were, it was just too far a shot to be talking this way.

I got off the phone triggered, angry and hurt. Hurt that I was reverting to the woman I’ve worked so hard to get away from, and angry that I wasted an hour of my life I’ll never get back. I made a mental note to act differently next time,

Clearly, we were not in alignment, because when we are, nothing is triggered; it’s easy.

I have to say, I am beginning to understand that online dating is not for the faint of heart, the weak of spirit and us tender skinned humans. I am wondering what the better way is. If you know, I do hope you’ll reach out to me to discuss.